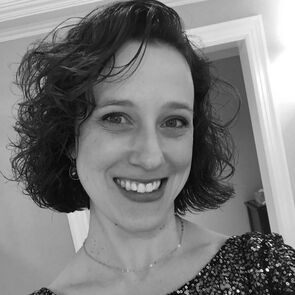 Ms. Greer is proud to be in her seventh year as the Director of Choral Music at Westborough High School. As the Director of Choral Music at Westborugh High School Alyson conducts the Women's Chorale, Mixed Chorus, Concert Choir, Chamber Singers and the Contemporary A Cappella Program.
​
Ms. Greer Espinosa was appointed the Conductor of the Handel + Haydn Society Chorus of Sopranos & Altos (formerly known as the Young Women's Chorus) in August 2011. Handel + Haydn Society Chorus of Sopranos & Altos is a musically challenging ensemble for high school age students (grades 9-12), and features over 70 members from 41 communities in three New England states. The chorus began under the direction of Sandra Piques Eddy in 1999, who left in 2001 to pursue her career with the Metropolitan Opera. Alyson Greer Espinosa is thrilled to be in her ninth season on the education faculty of the Handel + Haydn Society, where she is the conductor of the Chorus of Sopranos & Altos (formerly the Young Women’s Chorus) and the Chamber Choir. Ms. Greer has prepared CSA for performances with Harry Christophers and the H+H Chorus and Orchestra for Bach’s St. Matthew’s Passion, Handel’s Messiah and Saul, Vivaldi’s Gloria, Mozart’s Requiem,  and Monteverdi’s Vespers. Other collaborations with ensembles include the Back Bay Chorale, Harvard-Radcliffe Chorus, Metropolitan Chorale, Heritage Chorale, the Eureka Ensemble Women’s Chorus, Mother Caroline Academy, and the NEC Youth Philharmonic Orchestra and Chorale. The former Young Women’s Chamber Choir has performed on From The Top and CSA with alumni was featured in BBC’s Great American Railroad Journeys, 2017. Such collaborations and performances has afforded Ms. Greer and her students in CSA to experience inspiring musical-educational performances with conductors such as Harry Christophers, Ian Watson, Dr. Scott Allen Jarrett, Dr. Andrew Clark, Dr. Lisa Graham, John Finney, Dr. Lynnel Jenkins, George Steel, and Ismael Sandoval. CSA performs primarily classical and baroque repertoire, but also enjoys folksongs, spirituals, jazz, and a cappella music in 3 and 4 parts.

Ms. Greer was formerly the Direcor of Choral Music at Hanover High School where she conducted the Chorale, Concert Chorus, the women’s select honors choir VOX, the men’s a cappella singing group The Corporation, and the Mad-Jazz Choir for six years. Under her direction, the Hanover High School choirs were consistently awarded numerous GOLD medals and outstanding ratings at state and national competitions.

Ms. Greer earned a Bachelor’s degree of Music in Vocal Performance, magna cum laude, and a Master’s degree of Music in Music Education from The Boston Conservatory. During the summer of 2012, Ms. Greer was awared the Allen C. Lannom Endowment Award by the Massachusetts Chapter of the American Choral Directors Association. During the summer of 2008 Ms. Greer traveled to Tuscany, Italy as a full conducting fellow to participate in the Sarteano Chamber Choir Conducting workshop under the outstanding leadership of Brian O’Connell and Simon Carrington. During the summer of 2007 Ms. Greer had the pleasure of attending the American Institute of Musical Studies for six weeks in Graz, Austria. While in Austria she performed at numerous churches and concert halls as a soloist and as a member of choruses.

Ms. Greer is an active choral clinician, has conducted the All-Cape High School Treble Chorus and the South Eastern Massachusetts, Jr. District Treble Choir, and has presented sessions at the Massachusetts All State Conference and the MICCA Summer Institute. As a performer in the Boston area, Greer, a mezzo-soprano, has performed as a featured soloist with the Quincy Summer Singers and with the Eastern Nazarene Choral Union for the annual performance of Handel's Messiah. Ms. Greer has also given solo recitals at Quincy Point Congregational Church and performed with the Quincy Point Chamber Players. While in conservatory, Ms. Greer performed as a soloist with The Boston Conservatory Chorale, The Boston Conservatory Opera, and has premiered many works by young composers in the Boston area.

Ms. Greer is a member of the national honor music society of Phi Kappa Lambda; Sigma Alpha Iota, an International Music Fraternity for Women; MENC, the National Association for Music Education; ACDA, the American Choral Directors Association; and AGEHR, the American Guild of English Handbell Ringers. Her musical background also includes oboe, piano, and mallet percussion; other interests are painting, yoga and she is a self-proclaimed "foodie." She resides in MetroWest with her husband, son, and daughter.