Analyze the performance and take notes about what was done well in each piece, and what we still need to work on before the MICCA Festival.
Due Monday, April 1, 2013. This will be checked and graded.

Wolfgang Amadeus Mozart (1756-1791)
The greater part of Mozart's church music, including his two settings of Vespers and his setting of the Vespers Dixit Dominus and Magnificat, was written for the Cathedral in Salzburg, where he, like his father, served in the musical establishment of the ruling Prince-­Archbishop, from 1772 Hieronymus von Colloredo. Mozart had been born into a musical family in Salzburg in 1756 and was soon established as a child prodigy, his precocious talents perceived and fostered by his father. The fact that Mozart died at the relatively early age of 35 makes his achievement even more amazing, only leaving regret at what might have followed.

Mozart's early years brought a series of more or less extended concert tours, including performances at Versailles and at the English court. After 1772 leave of absence for his father, Leopold Mozart, Deputy Kapellmeister to the Archbishop of Salzburg, was only granted with considerable reluctance and the composer, now in paid employment to the court, suffered similar restrictions. In 1777 he resigned his position in search of greater opportunities that might be on offer in Mannheim or in Paris. After his mother's death in the latter city in 1778, he returned to Salzburg once more, now to be employed from 1779 as court organist. A visit to Munich in 1781 for the performance of the opera Idomeneo, commissioned by the Elector of Bavaria, was followed by a summons to join his patron in Vienna, where disagreement led to his dismissal. He now took up residence there, marrying imprudently, winning early success but existing in increasingly precarious independence until his death in 1791.

Mozart's first liturgical composition is a setting of the Kyrie, written in Paris in 1766. His first Masses and sacred music for Salzburg began in 1769. The office of Vespers was often allowed relatively elaborate settings for performance on the eve of a feast day and on the evening of the day itself. The liturgical form includes a series of psalms and the canticle, the Magnificat. The present release opens with settings of the opening Vespers psalm, Dixit Dominus and of the final Magnificat, completed in July 1774. These are scored for trumpets and drums, three trombones, strings and organ, with soloists and choir. Much of the first is homophonic, with occasional antiphonal writing. The final Gloria introduces a moment of solemnity, before the lively pace resumes in a contrapuntal final verse and Amen. The Magnificat is generally more contrapuntal in texture, offering graphic illustration of the words and ending in a fugal et in saecula saeculorum.

The two settings of Solemn Vespers that Mozart composed for Salzburg a year apart from each other in 1779 and 1780 reflect the reformist tendencies of Archbishop Colloredo, who had decreed that the settings of the words should be concise and not structured operatically as arias and ensembles, as was the style in Neapolitan church music of the day. In a letter to Padre Martini in 1777 Mozart had complained about the musical limitations on church music in Salzburg, coupled with the continuing demand for trumpets and drums and so on. Both these settings are relatively brief and rely little on repetition.

The earlier setting, the Vesperae solennes de Dominica, K321, (Solemn Vespers for Sunday), was written in the same year as the well-known Coronation Mass. Scored for soloists, choir, trumpets, drums, three trombones, strings and organ, it includes five psalms and a final Magnificat. Mozart is here breaking away from convention in his choice of keys, with a beginning and ending in C major, but otherwise four separate keys – E minor for the Confitebor, B flat major for the Beatus vir, F major for the Laudate pueri and A major for the Laudate Daminum. There is contrast between the settings, with the Laudate pueri, for example, a choral setting beginning in canon and proceeding with a sure command of counterpoint, to be followed by a coloratura aria with strings and organ for the Laudate Dominum. Remarkable too is the final Magnificat where Mozart combines majestic choral writing with contrasting passages for solo voices and an orchestral symphonic texture.

The Vesperae solennes de Confessore, K339, (‘Solemn Vespers for a Confessor’), was written shortly before the great opera seria for Munich, Idomeneo. It is scored as before and the Laudate Dominum is again set for soprano solo, this time one of Mozart's most serene melodies. The six movements cover a wide range of keys with the opening and closing sections in C major, passing through the keys of E flat, G, D minor and F. The writing is mainly energetic with alternations between soloists and choir and a conventional fugue for the Laudate pueri. It is with the conciseness and imagination of these two settings that Mozart, far from being servant to church music conventions, is already forging a new language for sacred music. 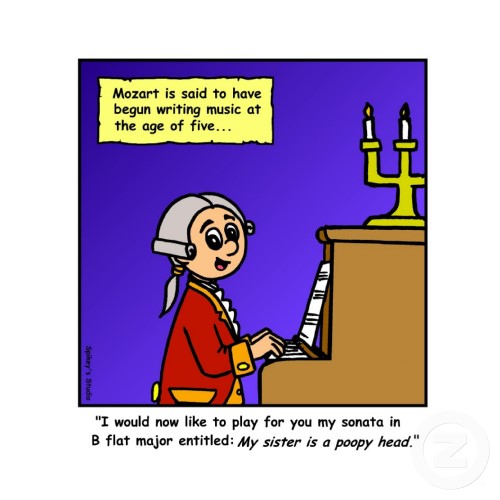